The hybrid ladder manufactured as per ENEL EA 0988 RO specification is an extensible ladder with 3 sections, each section with 10 rungs or 13 rungs, provided additionally with an anchoring system integrated in the ladder support and rolling system on the pole.
The first two sections of the ladder (base and intermediate) have their rails made of rectangular
aluminium rails, and the third section (top section – the section that is used on the area of bare
electrical conductors) has rails made of insulating material (glass reinforced polyester resin).
Rungs are made of aluminium profiles.
The top section is provided with two plastic rollers for the extension of the ladder on the walls.

The detachable ladder support and rolling system on the pole includes a metallic chassis
provided with a central plastic roller that allows the rolling of the ladder on rectangular poles, and two side rubber rollers (arranged in a “V” position) for the easy extension of the ladder on cylindrical poles with 80 to 420 mm diameters.

On the chassis there are also two side ropes mounted with snap hooks, to fasten the ladder to the pole and prevent it from rotating on the pole, by twisting the ropes around the pole. The chassis has at its upper portion an anchorage point which can be coupled, by means of snap hooks to a flexible anchorage support with fall arrester and energy absorber, which prevents the user from falling.
The chassis is provided with a simple and effective locking-unlocking mechanism to the rungs of the last section, thus allowing the dismounting of the entire ladder system and protection during
transport.

The basic section is provided with a telescopic stabilizer bar. It is mounted on the base section, telescoped at both ends, by pressing a button at each end and locked automatically when the ends extend to the maximum. The bar is equipped with two non-slip articulated soles, reinforced with an internal metal plate, for greater rigidity. The articulated soles are equipped with a connector to which the height compensating device (unevenness foot) can be added.

Hybrid ladders are delivered with the following accessories:
– Telescopic anti-flexion device, to limit the bending
– Extension device, for handling the upper sections from the ground

Hybrid ladders are delivered with the following accessories:

-Telescopic anti-flexion device, to limit the bending of the ladder leaned on the pole
-Extension fork, for handling the upper sections from the ground 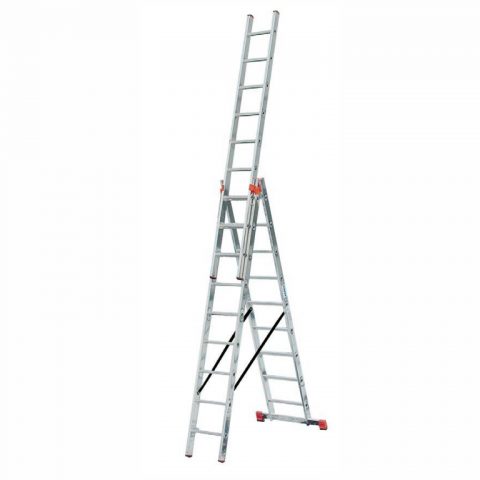 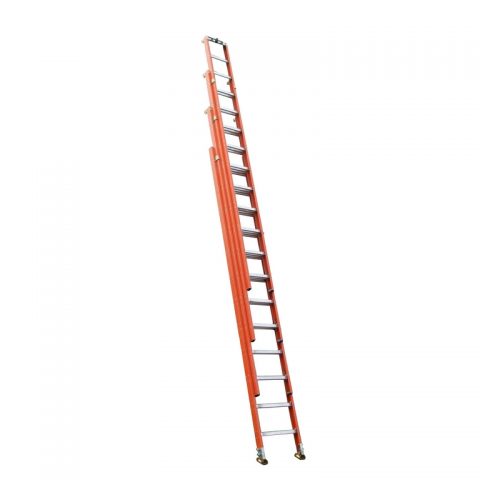 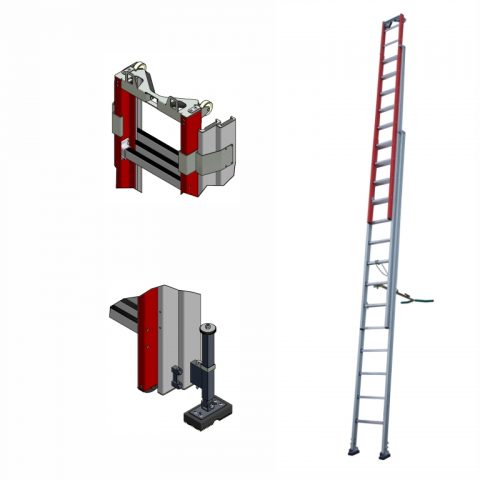